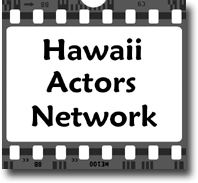 Click here to fill out the form below to get more info/offer.
There's a relatively new Web resource out there for actors and casting directors in Hawaii, and if you don't already know about it, you probably should. Actor Teddy Wells developed www.hawaiiactors.com to help casting agents find extras and principles for television and movie roles, and to help actors -- who may or may not be members of the Screen Actors Guild -- promote themselves and get work. 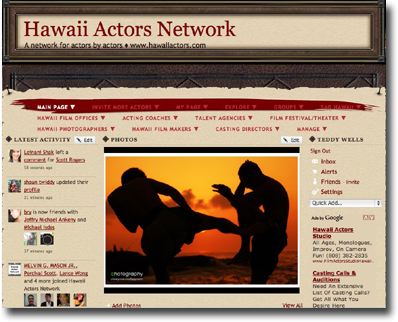 The former Nick's Fishmarket chef became a SAG actor 13 years ago and has managed to land a fair number of acting gigs since then.

During a recent shoot with Animal Planet's "How I Survived," a series about people recounting their life threatening encounters with animals, Wells saw how much they struggled to find talent in the islands.

"There was no central location to find SAG or non-SAG actors," he noted. "They're not paying a whole lot, so they don't want to go through talent agencies."

The whole point of the Actors Network is "to put people out there to be found to get work," he said. "Because if they're not looking for Teddy Wells, maybe I can help somebody else."

With a few success stories -- three members landed recurring roles on "Lost" -- people are catching on. In its first few months, membership has grown to about 500, with 10 or 12 new actors signing on each day, including newcomers and industry veterans. Even better, the social network is free.

"It's pretty much my charity," said Wells, who admitted that he may try to generate some advertising revenue from the site in the coming year. But for now it's a nonprofit that relies on donations from grateful actors and Wells' own resources. "It's my way of giving back to the entertainment industry in Hawaii ..."
ref no:6877