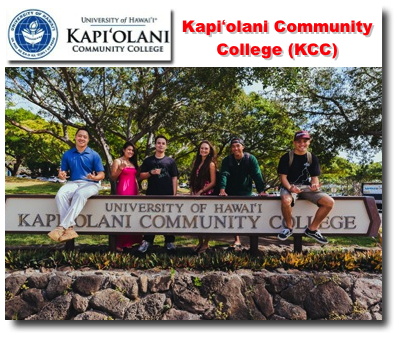 Kapi‘olani Community College began in 1946 as the Kapi‘olani Technical School at a time when Hawai‘i was still a territory of the United States.

The innovative school was administered by the Territorial Department of Instruction with a strong academic focus on food service. But in 1959, as Hawai‘i was entering statehood, three additional programs were added: practical nursing, business education and dental assisting.

In 1965 the college realigned its academic mission and joined the University of Hawai‘i community college system.

From its original home at the corner of Pensacola and Kapi‘olani Boulevard to its current location on the slopes of scenic Diamond Head, Kapi`olani CC is poised to take its place at the head of the technical renaissance of the 21st century.

Kapi`olani CC is the only University of Hawaii campus named after a person, not a place. We are named for Queen Kapi`olani, the wife of King David Kalakaua.