Click here to fill out the form below to get more info/offer.
Source: Queen Lydia Lili'uokalani Elementary School

Our Mission Statement: Recognizing that each student is a unique individual, our mission is to guide and nurture students to be: Caring, healthy in body, mind, and spirit, successful in living and learning, and to have strong inner character.

Our Motto: Queen Lili'uokalani School is a creative, caring and supportive community where learning blossoms.

E onipa'a i ka 'imi na'auao"
Be steadfast in the seeking of knowledge...

Queen Lydia Lili'uokalani Elementary School (QLS) is a small progressive Title I school in the heart of Kaimuki which consistently meets AYP (Annual Yearly Progress), is in good standing, and has unconditional status. They have an extremely dedicated group of faculty and staff who work hard for the good of all of the students.

Fascinating facts about the school:


Other Notes of Interest 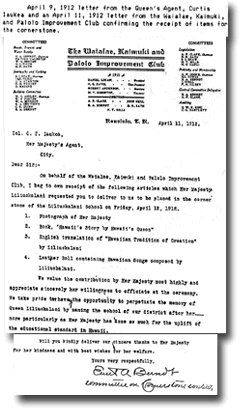