Click here to fill out the form below to get more info/offer.
2013 Na Hoku Hanohano Award Winner!
Male Vocalist of the Year & Entertainer of the Year

Contemporary Hawaiian Music at its best.

From an early age it seemed that Weldon took a keen interest in music. His natural musical abilities were quite evident even while in elementary school where he certainly stood out amongst his classmates.

In 1973, his mother took him to audition for the Honolulu Boy Choir where his singing talents were quickly recognized by director Roy Hallman.

As a member of the choir, Weldon participated in performances through out Hawai‘i and extensively toured the continental US, Mexico and Canada.

The Kekauoha house hold was always filled with music. Weldon grew up listening to old recordings from the 1950s & 60s of his uncle ʻLittle-Joe' Kekauoha and his renditions of ʻNo Huhu' and "The Cockeyed Mayor of Kaunakakai". During the late 1970ʻs Weldon often looked forward to accompanying his grandmother to some of Honoluluʻs favorite watering holes like ʻHankʻs Place' in Ka‘imuki, ʻWatertown' near the `Ilikai, and the old ʻRanch House' in ‘Ainahaina. Together they sought performances by Darrell Lupenui, The Makaha Sonʻs of Ni‘ihau, Kekua Fernandez, Genoa Keawe and especially his uncle Kawai Cockett. Despite the fact that many of these performers have since passed, they certainly left an indelible mark on the shaping of Weldonʻs musical career. Weldonʻs father, Edward bought him his first ukulele at the age of four. At first he learned simple songs but, after a while, Weldon began to improvise on what he had learned and he would often sit-in on family jam sessions. His interests in music grew more during high school and in his junior year, he and his brother Aaron entered a statewide talent contest called ʻBrowbags to Stardom'. Their version of ʻHolo Waʻapa' was only good enough to earn him a spot at the Waikiki Shell for the finals.

The following year while at a party in Kuliouou, Weldon was introduced to Danny Kennedy and John Baricuatro Jr., both of whom attended Kaiser High School. Also at the party was his cousin Joel ʻKawehi' Kekauoha who attended Roosevelt High School. Almost immediately they realized they all shared the same enthusiasm for music. The meeting would be the start of a long friendship that would take them through the twists and turns of life as they grew into young men. They formed a group known as ʻNa Kane Pono' and the following year the young men, representing Kaiser High School, went on to win the entire ʻBrownbags to Stardom' in 1985. As part of their prize, they recorded a 45rpm single of their winning song.

Weldon continued performances with ʻNa Kane Pono' and he also started playing the Waikiki circuit, doing shows for a gentleman by the name of Kawika Trask where he filled in as a guitarist. Mr. Trask also gave Weldon his first opportunity to travel abroad as a musician for the promotional-team at Hawaiian Airlines. Later, Weldon became a part-time employee for Hawaiian Airlines and also took on a full-time position as a Pipefitter-helper at Pearl Harbor Navel Shipyard.

In 1988, wanting a change, Weldon moved to Seattle, WA. He transferred with Hawaiian Airlines to the SEA-TAC International Airport and attended a community college in the Seattle area, eventually to attend the University of Washington in 1990. It certainly was a growing period for Weldon and the move to the continent only intensified his appreciation and love of Hawai‘i. In Seattle, he once again found himself doing what he loved the most, playing music. He hooked up with a group of former Hawai‘i residents from the Seattle-Tacoma area and together they played regularly at a few of the Hawai‘i hang-outs like ʻLahaina Louieʻs' in Redman and ʻHa‘iku Gardens' in Tacoma. The group was called ʻKe Awawa o Na Pilikua ‘Elima', translated to mean ʻthe valley of the five giants', funny because as the fifth member, Weldon stood 5ʻ6' at best. Even so, the group was a great connection to the Hawaiian community in the pacific north-west.

By 1993, Weldon decided it was time to move back home. His old group ʻNa Kane Pono', who was now known as the progressive reggae group ʻThe Mana‘o Company', caught wind of his return and asked him to join the ranks. Weldon happily agreed and quickly began performing with the immensely popular group. However, the affiliation only lasted for about a year. By that time the group had totally disbanded and performances were few. To keep busy, Weldon began playing at the ‘Ilikai Hotel for Kawika Trask again and very soon was in regular rotation playing three to five nights a week for the next 14 years. It allowed Weldon to improve on his musicianship and expand on his traditional-Hawaiian repertoire, slowly building his music foundation as he made his way from obscurity to that of a noted musician.

April 22, 1995, at the age of 28, Weldon married Rona Ching. They met while attending the University of Washington and dated for a couple of years. By October of that year their first daughter Melia was born. Weldon continued work with Hawaiian Airlines as a flight attendant but, always followed his passion as a musician. A couple of years later would bring the arrival of their second daughter, Moea with their last daughter, Haili‘opua being born in 2003.

As the years rolled by, Weldon slowly started to create a reputation for himself as a somewhat accomplished musician, and offers of recording contracts soon followed. In 1999, Weldon signed on with an independent record label ʻA Guava Ding Thing' owned by KITV4 News sports anchor, Robert Kekaula. The two quickly began work on Weldonʻs first project at a recording studio in Kahala. Dave Tucciarone produced the album and by the middle of the year ʻHawaiian Man' was ready for release. The album got great response and established Weldon as a versatile, contemporary-Hawaiian, solo recording artist. The following year the album won for ʻMost Promising Artist' at the 2000 Na Hoku Hanohano Awards.

Weldonʻs band consisted of the same guys he had always played with in the past. And it was often noted that the group closely resembled that of the Mana‘o Company. The release of ʻHawaiian Man' had ignited a new excitement and desire for the old Mana‘o Company to come out of a ten-year hiatus. By 2001, The Mana‘o Company was in full operation and released a new album called ʻSpread A Little Aloha'. It was an instant success and the album catapulted the group back into limelight. The following year in 2002, the group received five Na Hoku Hanohano awards to include ʻGroup of the Year', ʻSingle of the Year' and ʻAlbum of the Year'.

Returning his attention to his solo career, Weldon started to gather material for his second album. At this point the Mana‘o Company lacked leadership and a newly organized group emerged as ʻTapa Groove'. By this time, Weldonʻs second solo project was nearing completion and in an effort to jump start the newly organized ʻTapa Groove', Weldon decided to add the group to his project. Thus the album became know as ʻWeldon Kekauoha & Tapa Groove'. The new CD, entitled ʻKanaka Maoli', was a mix of contemporary and traditional Hawaiian music. It highlighted Weldonʻs growth as a song writer, arranger and producer. ʻQueenʻs Jubilee' a selection off the album quickly became Weldonʻs signature song earning ʻTapa Groove' four final ballet nominations at the 2004 Hokuʻs. ʻTapa Groove' continued performances for about another two years and eventually stopped playing as Weldon desired to refocus his attentions and efforts into his solo career again. He began performances with Alika-Boy Kalauli IV and John Baricuatro Jr. who was later replaced by Bryan Tolentino. By 2006, Weldon knew the time had come to release a new project. In November 2006 he slowly started work on his third recording. By now, Weldon had certainly come into his own style of music. His third album entitled ʻKa Lehua ‘Ula' was released in June 2007 and served to put Weldon back on track again. It exemplified his maturity as a producer and song writer and solidified his place within the Hawaiian music community. 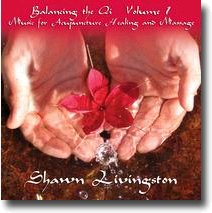