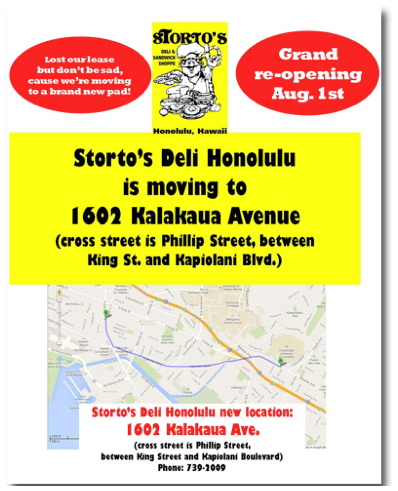 Storto's Deli Honolulu will be holding its grand re-opening its new Storto's Deli Honolulu location at 1602 Kalakaua Avenue on Saturday, August 10, 2013. Located at 1602 Kalakaua Avenue, between King Street and Kapiolani Boulevard (Cross street is Phillips Street), the Grand re-opening begins at 10a.m. and will last through 8p.m.

Storto's Honolulu is owned and operated by Jamie DeMatoff (RockWarrior), former radio personality and president of HiSurfWarning.com. It was important to DeMatoff to have the same local ingredients and sandwich combinations at Storto's Honolulu in addition to its Haleiwa location.

"We use fresh, local ingredients. The produce and deli meats are hand sliced daily and of course its bread is a special recipe baked and delivered each day only for Storto's," said Jamie DeMatoff, President of Storto's Deli Honolulu. "Our new location is central for those in town or even on their way to surf on the South Shore. Just stop in or call-in and pick up and you're on your way."

Storto's first location in Haleiwa opened in 1977 by Pam and Brian Jett. Its large portions, unique sub sandwich combinations, fresh ingredients and exclusive bread drew a loyal following and today are a staple for surfers, tourists and locals visiting the North Shore.

About Storto's Deli and Sandwich Shoppe 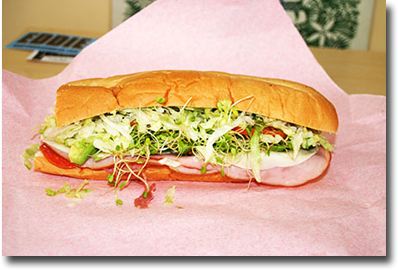 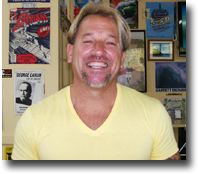 Storto's Deli and Sandwich Shoppe in Honolulu is owned and operated by former radio personality Jamie DeMatoff, aka "The Rock Warrior". Located at 3184 Waialae Avenue in Kaimuki, Storto's has a garnered a loyal following with a reputation for fresh ingredients (fresh vegetables and deli meats sliced on the spot every day) and their signature bread baked locally and delivered each day exclusively to Storto's.

The first Storto's, opened in 1977, still operates in its original location across from the North Shore Marketplace in Haleiwa and has become a favorite stop for kamaaina and visitors to the North Shore.

Located at 3184 Waialae Avenue in Kaimuki across from the Kaimuki Shopping Center, Storto's Honolulu is open every day, Monday through Saturday from 10 a.m. to 8 p.m. and Sunday's from 10 a.m. to 6 p.m. For more information call 739-2009
PARKING: ENTER ON DRIVEWAY EITHER SIDE OF BUILDING FOR EASY PARKING 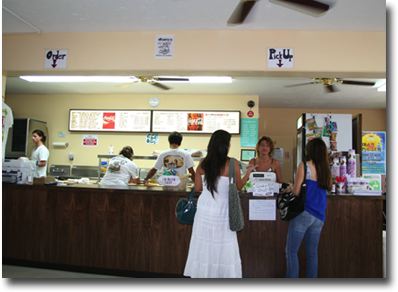 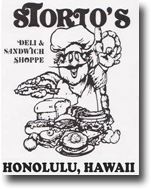