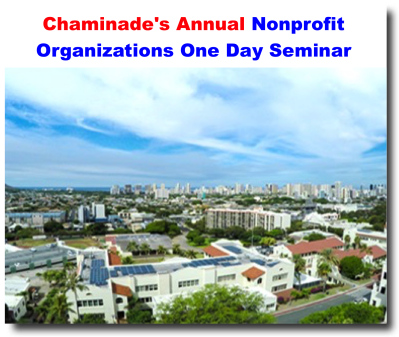 Registration Fee: $50 for both days
With health and safety being our priority, this year’s nonprofit seminar will be held online. CPE credits are available.

Nonprofit organizations face challenges not only from the difficult economic climate during this unprecedented time but also from changes in the rules and regulations. This seminar will provide useful information on current issues and updated requirements that affect every nonprofit.

Back to the top
REGISTER TODAY