YEAR-ROUND ENTERTAINMENT
Get guaranteed tickets to all shows at Diamond Head Theatre. A season package offers substantial savings, the best seats and flexibility to exchange tickets at no additional charge as often as you like. Season subscribers are cherished patrons who provide a solid base of support for our theatre programs and productions. Contact the Box Office at (808) 733-0274 to become a season subscriber.


About Diamond Head Theatre
The Broadway of the Pacific...producing the best live community theatre entertainment and advancing the theatre arts through education in Hawaii...and we've been doing it since 1915. 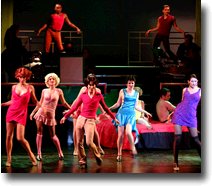